This morning I decided to do some research. I’m still trying to decide what form I want to experiment with this month. I was thinking about going back to my beloved Tanka, but not quite feeling it. So I looked up Japanese form poems to see what else I might want to play with, and I found a few interesting things.

First: There are so many forms! I mean, of course there are, right? But it makes me wonder why we’ve only ever gotten fixated on haiku. I mean, I love haiku, but why would we stop there and not explore other things? I only learned about the tanka because of a story on public radio years ago about young people writing them on their phones and texting them to one another. And something about the size and length of the tanka made it the poem of choice because it fit perfectly on the screens of those early cell phones.

But haiku and tanka just scratch the surface.

This morning’s research introduced me to the chōka, the sedoka, and yes, the bussokusekika. And others besides, but these are the three that caught my interest. In syllable breakdown, they are:

I need to do more research. I want to know what the story is with five syllables and seven syllables. What do they signify? What do they make possible in kanji or kana that makes them so the right number of syllables for poetry?

In the mean time, I also needed to write a poem. I wanted to go with the bussokusekika. How not? It’s practically a tanka, and it has such a wonderful name. But when I sat down to write, it was a chōka that came to my pen instead.

This is not my voice —
not these words, when all I say
is won’t, can’t, do not.
I close, close, and close all doors
my heart a thick lock
heavy, keyless, rusted shut.
I await the break —
freedom in that metal shriek,
new words spilling from my lips.

I think I might like this form. I’m certainly going to stick with it for a while and see. 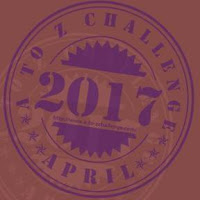 2 thoughts on “B Is for Bussokusekika!”