The second trip I took with my mother was a tag-along trip. She was headed to New Orleans for a conference and invited me to share her hotel room. “I always get a double queen,” she explained, and said I should get a plane ticket and come on down. So I did. She was at work all day, but we had our nights to roam the city together, and it was pretty delightful. Because it was New Orleans and because it was my mother. And so …

Sense Memory
(or, Dreaming inside Her Dreams, 2)
Forty-eight, traveling with my mother

Is heat the secret, the magic key?
Those nights in New Orleans
unlocked new doors
slipped her back and back,
into her childhood
into memories you’d never heard before.

That first night, walking through the Quarter
searching for dinner
settling, heat-flattened
in a tiny, crowded spot.
She was tired, a little depleted
enjoying her meal but subdued.
Then she tried the bread pudding.
One taste —
her face opened.
She smiled, closed her eyes, smiled more deeply.
It wasn’t just good
it was memory.
It brought her mother to the table.
You watched her change,
leaned in as the stories began.

That night on the tram,
windows open to thicken the stifling air
both of you half conscious
the heat drawing you down, under.
Then the story began again —
her first visit to New Orleans as a child,
her aunt who lived in
working for a fancy family on the avenue.
Stories from behind the scrim,
the curtain she kept drawn over her past,
spilling one over the other,
what she knew, what she saw,
what she dreamed, what she lived.

And what you wouldn’t give
to take her back and back again
into her memories
into the stories you’d always wanted to hear.

Every night of that mid-summer trip,
both of you soft and wilted in the heat.
It let her guard slip,
let the girl of her come out
come quietly out and into your arms.
Your sweet mother,
a woman you’d never known playing behind her eyes.

As I have done for the last forever, I’ve chosen a poetic form, and I’m going to try to write a poem in that form every day for the month of April. I don’t always succeed, but I always give it my best shot. This year, the form I’ve chosen is the epistolary poem — poems written in the form of an epistle or letter. They are also called verse letters and letter poems. I’ve also chosen a theme for the month. Each “letter” is going to be written to a younger me: 12-year-old me on the first day of junior high, 5-year-old me navigating the overt racism of her kindergarten class, etc. 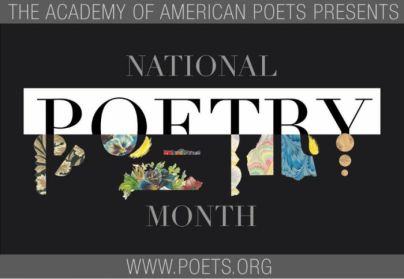 One thought on “NOLA, Darling”